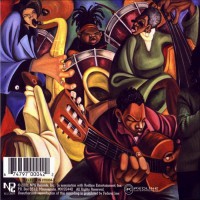 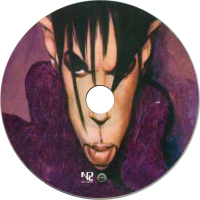 The Rainbow Children is the twenty-fourth studio album by Prince, released in 2001. It was also released through Prince's website earlier in the year. It is the first album released outside of the NPG Music Club to be released under the name of Prince again, as he had reverted back to his previous stage name from his symbolic moniker a year earlier.
This concept album illustrates common Prince themes of spirituality and human sexuality, as well as love and racism, through the fictitious story of a social movement toward a Martin Luther King, Jr.-inspired utopian society. The album seems to allude to his recent conversion to the Jehovah's Witnesses religion, but Egyptian monotheism and New Age concepts such as the Akashic records are used as metaphors as well. Jazzier than any of his previous efforts, fan reaction was divided when this album was released. Some fans saw the album as a musical and spiritual evolution for Prince.
Musically, The Rainbow Children marked a shift back towards a more "organic" sound for Prince. Unlike its predecessors, the album featured live drums, and made ample use of horns. Many songs were performed live during Prince's 2002 One Nite Alone... Tour, which became an instant success with fans and critics alike.
The Rainbow Children was released through the independent distributor, Redline Entertainment, and has sold 158,000 copies in U.S. stores as of summer 2007.
The album also had a dedicated promotional website that offered the tracks "She Loves Me 4 Me" and "Mellow" as free MP3 downloads.

Album Review
Prince’s creative peak (and his first album back again under his birth name). Perhaps The Rainbow Children is also his most inaccessible album to date, and thank god (literally!) that Prince decided to release this in stores rather than side step it as an internet only venture. Subscribers to the NPG Music Club were able to download the album as a single MP3, which as I look back on it now took four days to download the 48mb file through dial-up: this highlighted the biggest flaw of the club – it was too ahead of its time. Anyway, Prince had finally released an album that really did showcase his dexterity. Isn’t it sublime when you listen to an album and fall in love with every track. The Rainbow Children is beautiful, funky, yet musically inspiring, it takes music to higher levels in every sense of the word. It does not even take a second listen to grow to like it, you don’t know then why you liked it but you do and give it another go at which point its playability takes root. The Rainbow Children is easily one of Prince’s all-time best, although probably not to the taste of the casual listener. This is a collection of songs and that could only go together on the same album but are let down by the religious undertones which comes across too sermon like. One could hardly believe this is the man who also wrote Scarlet Pussy and Sexy MF still there are few albums as well crafted as this. Like fine wine Prince improves better over time. The Rainbow Children could well be the album Prince’s musical genius found its peak, a fact also underlined with the tour, his best to date. It also demonstrates the fruits of Prince’s hard fought musical freedom, for he would never have been allowed to release this under a conventional label. Yet it deftly blends funk, melody, lyrical godliness, with some truly stellar guitar. The title track and Family Name make the album, yet it is so nice to hear Prince being genuinely enjoying music making once again and not using his craft to bicker about the industry that made his name. Prince rediscovers music once again or had the music rediscovered him.