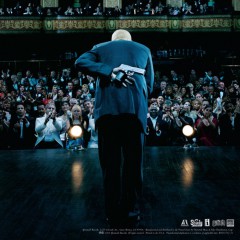 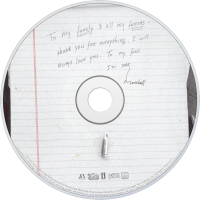 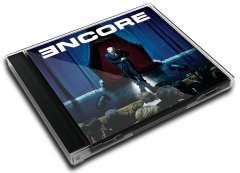 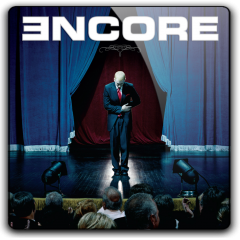 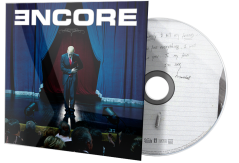 Encore is the fifth studio album by American rapper Eminem. Its release was set for November 16, 2004, but was moved up to November 12 (coincidentally, exactly eight years to the day his debut album, Infinite, was released) after the album was leaked to the Internet. Encore sold 710,000 copies in its first three days. Encore sold 1,582,000 copies in its first two weeks of release in the United States in November 2004, and was certified quadruple-platinum in mid-December. As of May 13, 2012, it had sold 5.288 million copies in the US. Nine months after its release, worldwide sales of the album stood at 11 million copies. Critical reception was generally positive. However, most critics and fans alike did note the subpar quality of the lyrics, which were more simplistic when compared to his previous albums. The album was nominated for three Grammys at the 48th Annual Grammy Awards including for Best Rap Album but lost to Kanye West's Late Registration. The album made digital history in becoming the first album to sell 10,000 digital copies in one week.

User Album Review
Encore finds Marshall Mathers at something of a crossroads in his career. 31-years-old, rich and successful -he's played the belligerent poor white trash outsider for five years now. Kicking back in his big executive Shady Records chair, you've got to wonder if he's still got the stomach to become Eminem.
Having cleared out the closet of his private life, what does the man whos given us five years of rants against his mother and his ex-wife (not to mention 8 Mile) have left to say about his favorite subject: himself?
The result, ultimately, is not a lot. Encore starts fantastically but ends abominably. Actually, it's worse than that.Twothirdsof this record could be Weird Al Yankovic, such is its woefulness.
This is particularly frustrating when opener "Evil Deeds" suggests it could have been his In Utero - "The shows over, you can all go home now", he spits wearily, "but the curtain don't close for me".
Sidestepping the soap opera of his personal life, this is Eminem at his most thrilling -holding his outsider status up to the light while untangling the bullshit world of corporate hip-hop. "Like Toy Soldiers" is a cutting indictment on the machismo world of the beef (against a giddily addictive Martika sample) and "Mosh" directs some well-aimed anger at the current US administration.
But, from that moment on, he bottles it. To the sound of retching and a flushing toilet we're straight into "Puke". It's an appropriate metaphor for an album that degenerates into nothing more than an extended fart joke.
The lowpoints? There's too many to mention - although the desperate misogyny of "Spend Some Time" should probably be singled out. That's saying something on a track listing that includes "Big Weenie" and "Ass Like That"; this is bottom feeder stuff.
The woeful D-12 appear , Anthill Mob-like, at the end to pop a few caps, but by then it's too late. Encore is an album for the downloaders -afew great songs tacked onto an hour of dicking about.