Sounds of the Universe 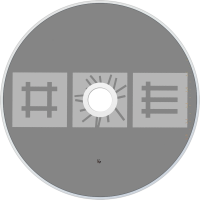 Sounds of the Universe is the twelfth studio album by English electronic music band Depeche Mode, released in Europe on 20 April 2009 and in the United States and Canada on 21 April 2009. It was supported by the 2009–10 concert tour Tour of the Universe.
As with the previous album, Playing the Angel, Dave Gahan has once again written three songs with Christian Eigner and Andrew Phillpott: "Hole to Feed", "Come Back" and "Miles Away/The Truth Is". "Spacewalker" and the bonus track "Esque" are instrumentals. Martin Gore shares lead singing duties with Gahan on "In Chains", "Peace" and "Little Soul", he sings the lead of "Jezebel" and the B-side "The Sun and the Moon and the Stars" on the second disc of the deluxe box set. The B-side "Oh Well" is the first track ever to be co-written by Gore and Gahan. The album ends with a short hidden instrumental reprise from the song "Wrong" after the final track "Corrupt" concludes.
Three singles were released from the album; "Wrong", "Peace", and a double A-side of "Fragile Tension" and "Hole to Feed". "Perfect" was also released in the US as a promotional single.
The album was released by Capitol Records in the United States and by EMI in Canada, marking the first time in the band's catalog that saw distribution from EMI within North America, where previous albums were released by Sire Records and Reprise Records, a division of Warner Music Group.

Album Review
As if to underline the artlessness of 90 percent of 'modern' pop acts who currently trade in 80s recreations, acts like U2 and the Pet Shop Boys are currently back to doing what they used to do so well. It's as if they're saying: ''hold on, we're not dead yet. stop dancing on graves that haven't even been dug.'' And now, joining 2009's roster of middle aged marvels, here come Depeche Mode. Sounds Of The Universe, the band's first album for four years reveals, here a trio who still sound just as committed and creative as they did 20 years ago. Maybe more so.
The album packs a raft of analogue synths and crunchy new wave guitar riffs. While advance notice of the album warned of the use of old school gear to evoke the cosmic, the band needed no ironic excuse to get out the Korgs and Moogs. They were doing this well before today's striplings were even a glint in the milkman's eye, so surely they have the right to wield such retro gear. And they wield it very well indeed. Like a barely reformed bad boy Dave Gahan intones, ''I could corrupt you, it would be ugly''. But despite the posturing this is a strangely warming soupcon of Eastern European cold war menace with a dash of turbo-charged Saturn Five thrown in on tracks like Come Back.
While single Wrong rides on a massed chorus and litany of ill-fortune, tracks like Perfect or Peace brim with poise and beautifully placed electronics that bring the best of Kraftwerk's very human tinkering to mind. Many of the songs remind us that self redemption is something they're justly proud of. ''I'm leaving bitterness behind this time. I'm cleaning out my mind'' sings Gahan. And while many may have scoffed at the teens from Basildon's transformation to smack addled leather and rubber goths, Martin Gore's way with a tune is fairly undeniable.
As if to highlight the intervening years that have seen Gahan branch into solo territory, there are three songs that bear his name as a co-writer; easily the equal of Gore's efforts. In return Martin gets to sing his own Jezebel which overcomes a rather risible opening couplet (''They call you Jezebel, whenever we walk in. You're going straight to hell, for wanton acts of sin'') by dint of a performance that's akin to a lounge singer on tranquilizers.
It would be nice to think that this will finally make modern bands give up on recreating the past and give us something new but it's probably a vain hope. No matter, Sounds Of The Universe easily rises above the pretenders.