03) Something in the Night

05) Racing in the Street

10) Darkness on the Edge of Town 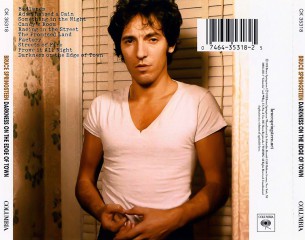 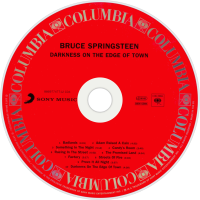 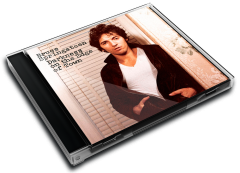 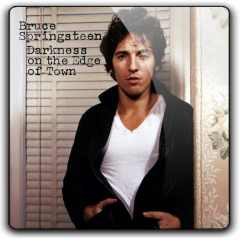 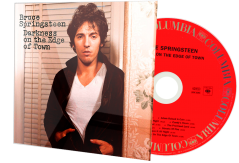 Darkness on the Edge of Town is the fourth album by Bruce Springsteen, released in the late spring of 1978. The album marked the end of a three year period of forced hiatus from recording brought on by contractual obligations and legal battling with former manager Mike Appel. Although the album did not produce high charting singles it nevertheless remained on the charts for 97 weeks. In September 2010 a documentary film chronicling the making of Darkness was first shown at the Toronto International Film Festival. Quoting Springsteen as saying “More than rich, more than famous, more than happy – I wanted to be great”, reviewer Stephen Whitty of the Newark Star-Ledger commented: "For many fans, that long journey pulled onto the Turnpike here."

Recovering from legal troubles and the stress of the breakthrough success of Born to Run, Springsteen released a somewhat less commercial album in Darkness on the Edge of Town.

In terms of the original LP's sequencing, Springsteen continued his "four corners" approach from Born to Run, as the songs beginning each side ("Badlands" and "The Promised Land") were martial rallying cries to overcome circumstances, while the songs ending each side ("Racing in the Street", "Darkness on the Edge of Town") were sad dirges of circumstances overcoming all hope. Unlike Born to Run, the songs were recorded by the full band at once, frequently soon after Springsteen had written them. Steven Van Zandt received a credit for production assistance for helping Springsteen tighten the arrangements from Born to Run's epic sound.

This collection of songs, each sung in the first person, was given unity by several recurring themes. The words “darkness” / “dark” appear in six of the tracks, while nine of them feature the words “night” / “tonight”. “They” are mentioned in eight songs as a general suggestion of nameless people who exert a negative influence. “Work” / “worked” / “working” form part of six songs, as do “dream” / “dreams”. Six songs feature Bruce or his characters “driving” / “racing” / “riding” or mentioning the names of cars. There are references to “blood”, "born", "love" / "loved" in four of the tracks. In the song "Racing in the Street," Springsteen alludes to Martha & the Vandellas' Dancing in the Street with the lyric "Summer's here and the time is right for racing in the street," similar to the Rolling Stones' appropriation of the lyric in "Street Fightin' Man".

Though the album failed to generate any substantial hit singles ("Prove It All Night" made it into the Top 40 in the U.S. at #33, and follow-up "Badlands" just missed, peaking at #42), Darkness was critically well-received and claimed the number one slot on NME album of the year ranking. In 2003, the album was ranked number 151 on Rolling Stone magazine's list of the 500 greatest albums of all time. The same year, the TV network VH1 named Darkness on the Edge of Town the 68th greatest album of all time.

The cover shot and inner sleeve photo were taken by photographer Frank Stefanko inside Stefanko's Haddonfield, New Jersey, home. Springsteen says, "When I saw the picture I said, 'That's the guy in the songs.' I wanted the part of me that's still that guy to be on the cover. Frank stripped away all your celebrity and left you with your essence. That's what that record was about."