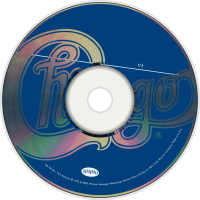 Chicago VI is the fifth studio album by American rock band Chicago and was released in 1973. Following the streamlined character of Chicago V, this successor would see the group follow more of a pop music approach, relying less on their trademark horns and exploring varied music forms.

After recording all of Chicago's first five albums (including the live album Chicago at Carnegie Hall) in New York City, producer James William Guercio had his own Caribou Studios built in Nederland, Colorado during 1972, finished in time for the band to record their sixth album the following February. It would remain their recording base for the next four years.

While Robert Lamm maintains his songwriting prowess on Chicago VI (authoring half of the album's tracks, including his response to some of Chicago's negative reviewers in "Critics' Choice"), it is James Pankow who is responsible for the album's two hits, "Just You 'N' Me" (#4) and "Feelin' Stronger Every Day" (#10), the last of which was co-composed with Peter Cetera, who, himself landed another track on Chicago VI, the country-influenced "In Terms Of Two".

Released in June 1973, Chicago VI was another commercial success, spending five weeks at #1 in the US, while failing to chart in the UK at all, beginning a dry spell there that would last until 1976's Chicago X.

The original US CD release(Columbia CK #32400) was mastered for CD by Joe Gastwirt. In 2002, Chicago VI was remastered and reissued by Rhino Records, with two bonus tracks: a Terry Kath demo called "Beyond All Our Sorrows", and a recording of Al Green's "Tired Of Being Alone", taken from the 1973 TV special, "Chicago In The Rockies".