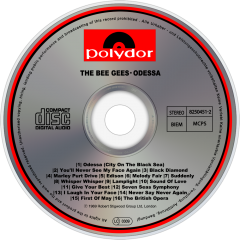 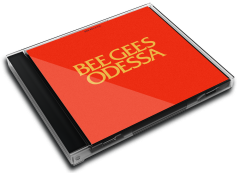 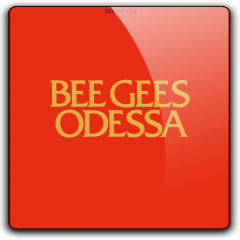 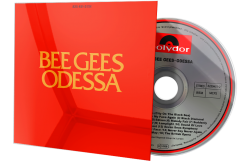 The group members may disagree for personal reasons, but Odessa is easily the best and most enduring of the Bee Gees' albums of the 1960s. It was also their most improbable success, owing to the conflicts behind its making. The project started out as a concept album to be called "Masterpeace" and then "The American Opera," but musical differences between Barry and Robin Gibb that would split the trio in two also forced the abandonment of the underlying concept. Instead, it became a double LP -- largely at the behest of their manager and the record labels; oddly enough, given that the group didn't plan on doing something that ambitious, Odessa is one of perhaps three double albums of the entire decade (the others being Blonde on Blonde and The Beatles) that don't seem stretched, and it also served as the group's most densely orchestrated album. Yet amid the progressive rock sounds of the title track and ethereal ballads such as "Melody Fair" and "Lamplight" were country-flavored tunes like "Marlery Purt Drive" and the vaguely Dylanesque bluegrass number "Give Your Best," delicate pop ballads like "First of May" (which became the single off the album), and strange, offbeat rock numbers like "Edison" (whose introduction sounds like the Bee Gees parodying Cream's "White Room"), and "Whisper Whisper" (the latter featuring a drum break, no less), interspersed with three heavily orchestrated instrumentals. Even the seeming "lesser" numbers such as "Suddenly" had catchy hooks and engaging acoustic guitar parts to carry them, all reminiscent of the Moody Blues' album cuts of the same era. Moreover, the title track, with its mix of acoustic guitar, solo cello, and full orchestra, was worthy of the Moody Blues at their boldest. The myriad sounds and textures made Odessa the most complex and challenging album in the group's history, and if one accepts the notion of the Bee Gees as successors to the Beatles, then Odessa was arguably their Sgt. Pepper's. The album was originally packaged in a red felt cover with gold lettering on front and back and an elaborate background painting for the gatefold interior, which made it a conversation piece.