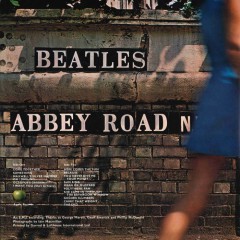 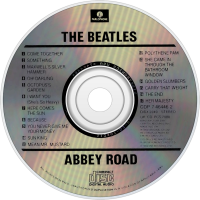 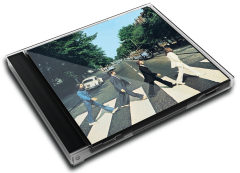 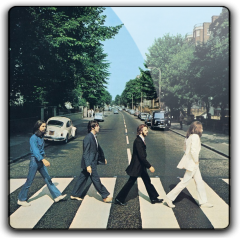 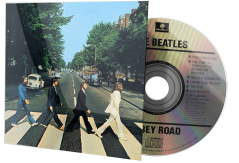 Abbey Road is widely regarded as one of The Beatles' most tightly constructed albums, although the band was barely operating as a functioning unit at the time. In 2012, Abbey Road was voted 14th on Rolling Stone magazine's list of the "500 Greatest Albums of All Time". In 2009, readers of the magazine also named Abbey Road the greatest Beatles album

Album Review
At the fag end of the 60s, the Beatles produced Abbey Road, their last smoke and mirrors triumph, a musical truce that papered over cracks between the group which were, by now, unfathomably deep. It was to be a marvellous set-piece finale for the group that had defined the decade.
Although large sections of the material had been left over from as far back as their Indian sojourn in the spring of 1968, the overall sound and feel was that of a coherent and logical work, which played to every one of the foursome's considerable strengths.
John Lennon would frequently dismiss the album after its release, but Abbey Road contains three of his very finest works: Come Together, I Want You (She's So Heavy), and Because. George Harrison established himself as an individual talent of some note with the beautiful Something and the ever-lovely Here Comes the Sun, and even Ringo Starr continued to set fair his light entertainer course with Octopus's Garden.
However – the deplorable Maxwell's Silver Hammer aside – Abbey Road is primarily a triumph for Paul McCartney, preserving The Beatles' legacy on their less-than-fond farewell. Apart from being fairly low-key on the album's first side, his piecing together of their 'long medley' from leftovers and doodles on the reverse is possibly his greatest sustained achievement, culminating in every member of the group soloing on The End. Although this side is responsible for myriad crimes later committed in its name (think the worst of 10cc, ELO, Alan Parsons Project), it is a mature and intelligent coda to the single most important act British music produced.
The Beatles’ work was done. They'd come to symbolise the 60s, taken youth culture to the world, and ultimately collapsed under the responsibility, the weight they had to carry. Abbey Road is the soundtrack to it all.