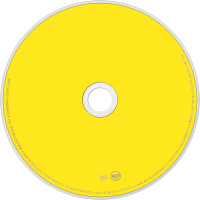 Come Around Sundown is the fifth studio album by American rock band Kings of Leon, released in Ireland, Australia and Germany on October 15, 2010, followed by releases in the UK on October 18 and North America on October 19. The official album covers and tracklist were revealed on 3 September. The lead single, "Radioactive", along with its accompanying music video, premiered on 8 September on the Kings' official website. The following day, it received its official radio premiere on Australian radio.
The album debuted at number one in Australia, Austria, Belgium (Flanders), Canada, Germany, Ireland, Switzerland and the United Kingdom. In the UK, the album sold 183,000 units in its first week as well as breaking the record for biggest first week digital album sales by selling over 49,000 album downloads. It was the 11th biggest selling album of 2010 in the UK with 694,300 sales. on November 30, 2011, the album received a nomination at the 54th Grammy Awards for Best Rock Album.

Album Review
This is the Kings graciously accepting their ceremonial mainstream robes.
Kings of Leon’s rise has always been accompanied by a ramshackle charm. No matter how big the gig, there was never a ‘show’ beyond a set of grainy black’n’white screens. That, or the occasional shower of pigeon droppings. They addressed the biggest and wildest festival headline crowds as if they were playing The Bull & Gate. Their music remained as scratchy and ragged at Wembley as it was when they were rehearsing in a Tennessee barnyard. And they tour as relentlessly today as they did when they lived in the back seat of daddy’s preachermobile.
Come Around Sundown, however, is where "aw shucks" becomes Picks-N-Sticks. While 2008’s Only by the Night was a tentative grasp for arena atmospheres on record, here they settle into their new, plush, A-list comfort zone. Inevitably this means a loss of edge ”“ there are cod-soul bass interludes on Birthday that could be being played by Sting, and the shadow of the Eagles hangs heavier than ever over Mi Amigo. But anyone expecting These New Puritans levels of experimentation are barking up the wrong throne here. The days when they’d scare/thrill their listeners by lobbing in an unexpected Charmer seem distant indeed; this is the Kings graciously accepting their ceremonial mainstream robes.
They’re polite, considerate boys mind, and hence there’s a weight of responsibility being carried through Come Around Sundown. The homecoming themes of first single Radioactive and the wonderful bluegrass-tinged Back Down South smack of paying respect to their roots. Elsewhere, Caleb sings of failing to live up to expectations, be it romantically (The End, Pickup Truck), financially (No Money) or legally (the kerosene-crazed Pyro), giving the album an undercurrent of desperation, inadequacy, a lack of control. Beneath the confident sonic veneer, Come Around Sundown is tearing at its new designer shirts.
But their greatest responsibility is to The Masses, and our reward is to feel the quality. There’s none of the filler that dotted Only by the Night here: from the Police-ish punk-funk of The Immortals to the limbo Weddoes of Pony Up and the brash Spector brilliance of Mary, melodies sparkle like diamonds scattered in a cornfield. True, they too often fall back on their Use Somebody default setting, but even then they’re never less than affecting and rarely short of heartbreak.
With the bare minimum of innovation on show and nothing approaching the pure pop elation of Sex on Fire, Come Around Sundown will go down as KoL’s classic consolidation album. Fingers crossed that from here they can achieve another stylistic leap a la 2007’s Because of the Times, rather than getting too cosy in the executive dressing rooms, designing 60ft palm tree stage sets and bewailing the curtained-off upper tiers.