11) Swallowed in the Sea 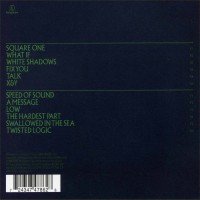 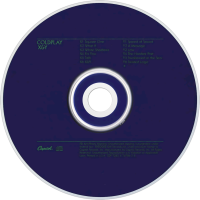 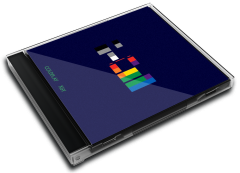 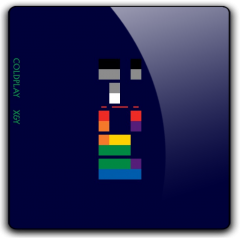 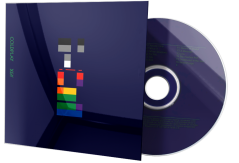 X&Y is the third studio album by British rock band Coldplay, released 6 June 2005 in the United Kingdom via the record label Parlophone. The album, which features influences of electronic music, was produced by the band and British record producer Danton Supple. Development of the album was often troubled; the album's original producer, British record producer Ken Nelson, was supposed to produce much of the album, however, many songs written during their sessions were ditched due to the band's dissatisfaction. The album's cover art is a combination of colours and blocks, which is a representation of the Baudot code.

The album contains twelve tracks and an additional hidden track, "Til Kingdom Come". It is omitted from the track listing on the album sleeve, but listed as "+" on the disc label and inside the album booklet. It was originally planned for American singer-songwriter Johnny Cash to record it with Martin, but Cash died before he was able to do so. The song "Talk" appeared on the main track listing, although it was thought to have been downgraded to a B-side for the album's subsequent single releases, after it leaked online in early 2005.

Originally titled Zero Theory, X&Y was released after a considerable amount of hype and was a significant commercial success, reaching the top spot of many charts worldwide, including the United Kingdom and United States, the latter being their first. With accumulated sales of 8.3 million units in 2005 alone, X&Y was the best-selling album released in 2005 worldwide. The album has sold over 12 million copies worldwide.

Overall reaction to the album has been generally positive, though some critics cited it as being inferior to its predecessors. The album has spawned the singles "Speed of Sound", "Fix You", "Talk", "The Hardest Part", and "White Shadows".

User Album Review
You've heard the single, read the reviews and listened to the interviews; everything suggests Coldplay's new album is going to be great. But it's not until you hear the first few bars of the opening track that you know that the band are going to achieve everything they hoped and dreamed of.
This album is superb. It'll silence their critics, amaze their fans and win them a whole new legion of admirers. It might even bring about world peace! I'm sure that was one of Chris Martin's objectives for this album...
"Square One" opens the record in typically anthemic fashion: 'Is there anywhere you want to go? The future's for discovering'. Martin has the knack of writing lyrics that affect individuals on a massive scale. Thousands have fallen for his simple songs about hope, loss, love and happiness. X&Y is full of touching eulogiessuch as "A Message" and "Swallowed In The Sea" which express complete and honest love for a partner.
Much has been made of Coldplay challenging U2's title of biggest band in the world. Martin may spend a great deal of time emulating Bono by talking to politicians and canvassing support for his causes but, unlike Bono, these issues haven't crept into his songwriting. There are no protest songs here.
On this record Martin proves once again that he's an excellent singer while Buckland has become, according to Chris, a 'guitar hero'. Add bass player Guy Berryman and drummer Will Champion and you have four great musicians. Their powers peak on "Talk", a fantastic song that is, on an album of big songs, positively gargantuan. More evidence that Coldplay are far and away the best at what they do. Imitators such as Thirteen Senses, Keane and Longview can't touch them.
Other album highlights include "Low", perhaps the most frantic song they've recorded, which features some awesome guitar licks. And the secret final track, "'Til Kingdom Come", where the threadbare acoustic guitar contrasts wonderfully with the big album sound.
Martin has repeatedly spoken of howhe loves every minute of being in Coldplay. His passion is genuine; he's living his dream, making music he loves and playing live to thousands of adoring fans every night. And Martin is doing all this with his three best mates. Coldplay are a closely knit group of musicians, a band of men with one aim -to make the best music in the world. On the epic X&Y they're on the brink of achieving that goal.