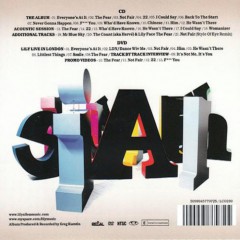 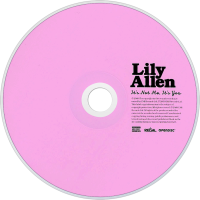 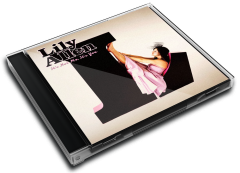 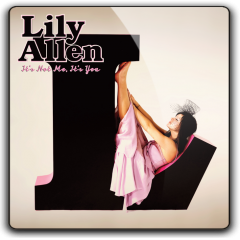 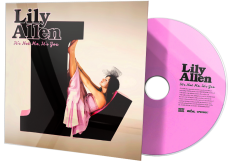 It's Not Me, It's You is the second studio album by English recording artist Lily Allen. It was released in the United Kingdom on 9 February 2009 by Regal Recordings and on 10 February in North America by Capitol Records. It was certified triple platinum by the British Phonographic Industry on 5 February 2010, denoting shipments in excess of 900,000 copies in the United Kingdom. It was also certified four times platinum by the Australian Recording Industry Association in March 2010 for shipments of over 280,000 copies in Australia and has spent a full year on the ARIA Albums Chart. The album has sold over two million copies worldwide so far.

User Album Review
Bigger, brighter and more danceable than predecessor Alright, Still, this autobiographical album is chock-full of double standards, crashing generalisations, and taunts, giving a handy update on Lily's state of mind.
Opener Everyone's At It is a wonderful ball of contradiction. Pointing the finger at everyone, from those taking sleeping pills to those on crack, Lily admits that she's been there. Now, bored with all-nighters, it's those still awake that she's hectoring. Musically, it's a different story, with more celebratory old-skool ''voot-voots'' than you can shake an MDMA fuelled glow stick at.
Fear addresses London-Paper-Lily, who buys a beach in Jamaica, supports Kylie at a private party in Dubai, diets, and has a shoe closet the size of Brazil. Eminently danceable and slightly trancey, she apologises for her avarice, confidently blaming the system.
Musical rip-offs are still at large: Him sees Lily wondering about God (''His favourite band is Creedence Clearwater Revival''), to a backing track referencing Nico's These Days, while George Bush tribute, F*** You, trips along to the Carpenters' Close To You piano.
The ugly side of the album comes out in Not Fair, a pseudo country track which could give Victoria Wood a run for her money in comedy bad sex songs. Likewise, accordion-fuelled Never Gonna Happen glorifies using someone who loves her for sex.
22 is a unkind ditty about pretty women who find that, nearing 30 and single, they are worthless to society, leaving you wondering if Lily Allen is an unreconstructed male in a young woman's body.
He Wasn't There is a track about her dad's lack of parental responsibility, while calling him her hero. And Chinese appears to address her mother, who's always there for her, yet, ''I know it doesn't seem so fair but I'll send you a postcard when I get there''.
And therein lies the difficulty: the album's a piece of exquisitely produced, loveable pop, perhaps down to co-writer and producer Greg Kurstin of addictively catchy duo, The Bird And The Bee. But it would be rather lovely to be able to listen without the clattering opinions of this complex character.