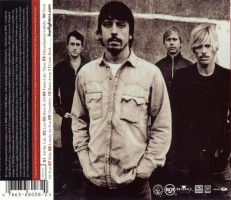 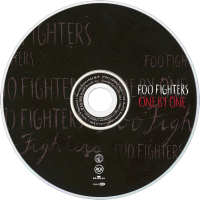 One by One is the fourth studio album by alternative rock band Foo Fighters, released on October 22, 2002 by RCA. The album is the first to feature guitarist Chris Shiflett. Production on the album was troubled, with initial recording sessions considered unsatisfying and raising tensions between the band members. They eventually decided to redo the album from scratch during a two week period at frontman Dave Grohl's home studio in Alexandria, Virginia. The songs on the album, which include the successful singles "All My Life" and "Times Like These", have been noted for their introspective lyrics and a heavier and more aggressive sound compared to the band's earlier work, which Grohl said was intended to translate the energy of the Foo Fighters' live performances into a recording.

The album was a commercial success, topping the charts in Australia, Ireland and the United Kingdom and sold over one million copies in the United States. One by One was positively received by critics, winning a Grammy Award for Best Rock Album in 2004 and praised for its sound and production. However, some considered the work inferior to the band's previous albums, and the musicians themselves eventually grew distasteful of the record as a whole.

Album Review
You can't help feeling that Dave Grohl is a contender rather than a heavy weight champion. He can land the odd killer punch; he's disciplined, professional and has bags of energy and commitment. But maybe he lacks the touch of insanity or genius that you need to make a really classic rock album.
One By One starts brilliantly. First track "All My Life" must be the best thing he's ever done. With its atmosphere of claustrophobic sex, ghosts and frustration it sounds like some personal demons are being cast out. It's manic, tight and the guitars sound fabulous. It reaches deeper than the entertaining but lightweight pop grunge that the Foo Fighters have delivered up to now. And when the churning "Low" is followed by the high energy of "Have It All" and The Byrds meets Husker Du rush of "Times Like These" things are set up for a knockout victory.
Unfortunately they can't maintain this quality. Queen's Brian May adds some of his usual wailing guitar to "Tired of You". It sounds out of place and can't disguise the poor quality of the song. Grohl's lyrics sometimes let him down. And while "Lonely As You" packs a pretty hefty punch, "Overdrive" seems pretty inessential and "Burn Away" lumbers along. The final track "Come Back" is an epic that strains for classic status but sadly it doesn't quite come off.
There's about half a fantastic album here. Foo fans will love it. But so far Dave Grohl's best music has been made with or for other people. It's tough to say it but One by One doesn't change that. If Queens of the Stone Age had made room on their album for the best songs here we really would be talking about rock heaven. For now One By One is good, but it leaves you feeling just a little frustrated.