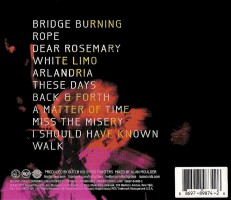 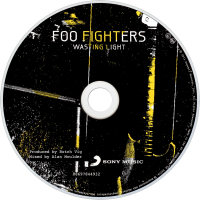 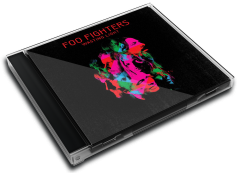 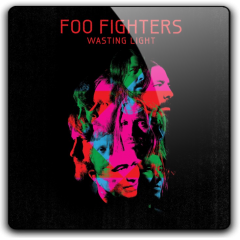 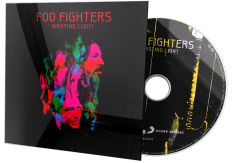 Wasting Light is the seventh studio album by American alternative rock band Foo Fighters. It was released on April 12, 2011 on RCA Records. As frontman Dave Grohl wanted a record that would capture the essence of the band's earlier work and lack the artificiality of digital recording, the group recorded in Grohl's garage in Encino, California with only analog equipment. The sessions were supervised by producer Butch Vig, with whom Grohl had worked on Nirvana's Nevermind. Since the old equipment did not allow for many mistakes to be corrected in post-production, the band spent three weeks rehearsing the songs, and Vig had to relearn outdated editing techniques. The band went for a heavier and rawer sound to contrast with the musical experiments in the previous albums, and most of the lyrics were written as Grohl reflected upon his life and possible future. Guest musicians include Bob Mould, Krist Novoselic, and Fee Waybill.
The recording sessions were documented for fans on the band's website and Twitter, and the album's promotion included the documentary Back and Forth and a worldwide concert tour that included concerts played in fans' garages. Wasting Light was preceded by the successful single "Rope", which became only the second song ever to debut at number one on Billboard's Rock Songs chart, and follow-up "Walk" also charted highly. The album was a commercial success, debuting at number one in eleven countries, and it received positive reviews from most music critics, who complimented its production and the band's songwriting. In 2012, Wasting Light and its songs earned Foo Fighters four Grammy Awards, including Best Rock Album.

User Album Review
In December last year the Foo Fighters managed to sell 110,000 tickets for two upcoming summer concerts at the National Bowl in Milton Keynes in less time than it would take to eat a bowl of cereal. More than Green Day, more, even, than Muse, it seems that the claim to the title of Britain’s Favourite Rock Band lies with Dave Grohl’s band of merry everymen. This is no small beer, especially when one considers that even the group’s staunchest of admirers would surely be pressed to nominate any of their previous albums as being classics in the manner of Absolution or American Idiot.
Wasting Light, the Foo Fighters’ seventh studio album, is not a release that is likely to alter this state of affairs. Despite a number of headline-grabbing developments ”“ the album features contributions from former Nirvana bassist Krist Novoselic and erstwhile HÃ¼sker DÃ¼ great Bob Mould, as well as being produced by Nevermind’s Butch Vig ”“ and a quite brilliant viral marketing campaign (where last-minute club shows were furtively revealed on the band’s website, alongside a clip of the group being chauffeured around Los Angeles by MotÃ¶rhead’s Lemmy), beneath all the froth, really this is more of the same. Perhaps this is to be expected; only the rarest of bands re-invent themselves seven albums in. All of this can be distilled down to the rather stale observation that if you liked this band’s work before, chances are you’ll like this.
Wasting Light does feature a number of terrific songs. The rousing I Should Have Known and the gorgeous Arlandria are among the best Grohl has written, while the noisy and messy White Limo could well become an unlikely hit sing-along in the manner of the Beastie Boys’ Sabotage. But as with some other Foo Fighters albums, the sense is that a number of the compositions featured here serve no greater purpose than making up numbers, and that a composition such as the ordinary Miss the Misery, to name just one, will not be played live and will never be heard from again.
Advance word on Wasting Light is strong, with a number of its creators’ devotees describing the set as being the group’s best album since 1997’s The Colour and the Shape. Really, though, this is nothing more than business as usual: some killer, some filler.

zag says: 4 years ago
Bit of an all time classic this one