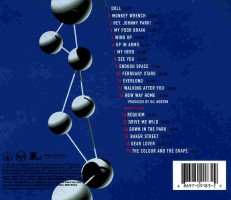 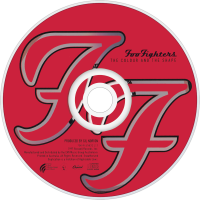 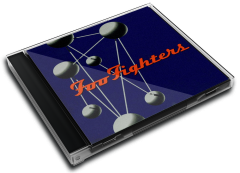 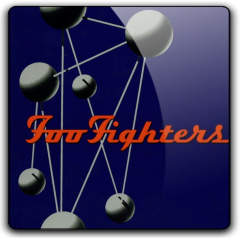 The album was in total nominated for five MTV Video Music Awards in 1997 and 1998, for the videos "Monkey Wrench" and "Everlong". It was also a Grammy Award nominee for Best Rock Album in 1998.

The album was the debut of Foo Fighters as a band, as frontman Dave Grohl had recorded all of the first album by himself with the exception of one guitar part by Greg Dulli. The Colour and the Shape was produced by Gil Norton, who was perhaps best known for his work with the Pixies. Norton was very demanding of the band's performance, eventually leading bassist Nate Mendel to enhance his musical formation. Grohl stated that he wanted to go back to the studio as "we didn't want people to feel [the Foo Fighters] were just another side project." The songs on the record were composed during sound checks during the extensive touring that the band went through for the previous eighteen months. Over the course of the making of the album, Grohl's own marriage to photographer Jennifer Youngblood ultimately ended in divorce.

User Album Review
Originally released in 1997, The Colour And The Shape marked Foo Fighters' coming of age. The follow-up to 1995's self-titled debut, it marked the first appearance of a whole band rather than just Dave Grohl, who'd played pretty much everything on the first album himself. And while the goodwill and smart tunes saw it succeed, The Colour And The Shape sounds fuller and more dynamic, especially under the auspicious production skills of Gil (Pixies) Norton, it gave the first indication that Foo Fighters could easily surpass the heights - and step out of the shadow of ”“ Dave's previous employers, Nirvana.

Originally meant as some loose concept album about the beginning and end of a relationship, Grohl's lyrics read in hindsight suggest a nice man tackling everyday issues, and who was laying his heart on the line. There is a sad undercurrent of loss and regret under some of the finest born-for-stadiums rock outs. The gentle strums of opener Doll offers a vulnerable moment before Monkey Wrench ignites and blasts off into orbit. Highlights such as powerhousing My Hero and the majestic Everlong rank among the band's classics and were the pathway to the band ultimately selling out Wembley for a couple of nights in 2008.

It's still, somewhat worryingly, their biggest selling album in America, where it was showered with nominations for VMAs and Grammys at the time. Over in the UK, it confirmed the beginnings of a beautiful relationship between the Foos and very large crowds.

The Colour And The Shape may have got somewhat lost in 1997's other significant albums, in what was a bit of a vintage year, however 12 years on, it sounds fresh as a singalong-in', lighters aloftin' metal-pop daisy.