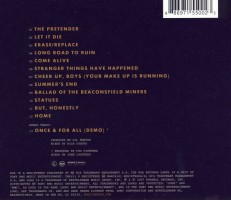 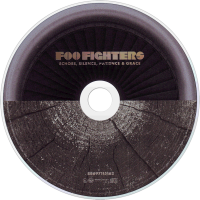 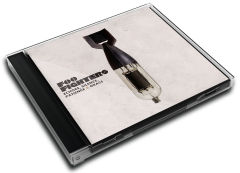 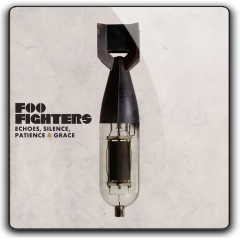 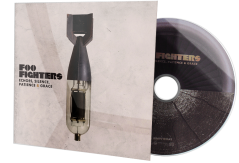 Echoes, Silence, Patience & Grace is the sixth studio album by alternative rock band Foo Fighters, released on September 25, 2007 by RCA Records. The album is noted for a blend of regular rock and acoustic rock tracks with shifting dynamics, which emerged from the variety of styles employed on the demos the band produced. It also marks the second time the band worked with producer Gil Norton, whom frontman Dave Grohl brought to fully explore the potential of his compositions and have a record that sounded different from their previous work. Grohl tried to focus on songs with messages that resonated on the audience, writing reflective lyrics which drew inspiration from the birth of his daughter.

Critical reception to Echoes, Silence, Patience & Grace was mostly positive, with praise to the sonic variety and songwriting, though some reviewers found the record inconsistent and uninspired. The album topped the charts in the United Kingdom, Australia, New Zealand and Austria, and had three successful singles, "The Pretender", "Long Road to Ruin" and "Let It Die". Echoes, Silence, Patience & Grace was nominated for five Grammy Awards, winning Best Rock Album, and was also awarded the Brit Award of Best International Album.

Album Review
Upstaging Madonna at Live Earth, rocking out with half of Queen at Hyde Park, throwing down heartfelt notes to trapped miners, it's all in a day's work for your friendly neighbourhood Dave Grohl. Hell, this guy can even pull his mum up onstage in front of thousands of festival-goers and still look cool.

Yet it’s very easy to overlook what the former Nirvana sticksman has achieved musically over the last two years. The Foos are one of the biggest bands in the world right now but that's not to say they haven't had their critics. 2005's, In Your Honor, was decried by many as an exercise in self-indulgence. So in an effort to defy non-believers, the band have sandwiched that album’s finer ingredients into 12 eclectic tracks for their sixth album.

It kicks off with a huge stadium rock belter. "The Pretender" is your typical trademark Foos anthem; packed with the same hefty punch that made "Best Of You" and "Monkey Wrench" such classics. The Kurt and Courtney inspired "Let It Die", is an acoustic/electric number which morphs into stabbing guitars and Grohl's raucous yelp as he screeches: ‘Why do you have to go and let it die!’. It’s a familiar formula, but one the Foos are masters at.

Unfortunately when Grohl et al do delve into pastures new it doesn't quite work. When the charismatic frontman kicks up a country storm on "Summer's End", it falls painfully short of the mark.

The same can be said for some of Echoes' acoustic numbers. The piano-driven '”Statues” sits uncomfortably with the album's finer rock moments while closer “Home” may come on like "Next Year”’s distant cousin, but it plods along aimlessly. It’s only when Grohl teams up with jazz guitarist Kaki King for the finger plucking instrumental "The Ballad Of The Beaconsfield Miners" ”“ based on one of the trapped miners' request for an iPod full of Foo Fighter tunes - that we find ourselves applauding their experimental side.

In Echoes, Silence, Patience & Grace the Foos may have certainly tried to branch out and defy their critics. But there's no getting away from the fact that rocking out is what Dave Grohl is best at.