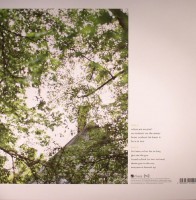 "American Football" is the second studio album by American rock band American Football. The album was released on October 21, 2016 through Polyvinyl in the U.S. and through Wichita in Europe.
Following the release of their debut self-titled album in September 1999, the group broke up. In April 2014, the group announced they would be reforming for a number of live performances, playing shows through the year and into 2015. In early 2016, they began recording the second album with Jason Cupp at ARC Studios in Omaha, Nebraska, and at SHIRK Studios in Chicago, Illinois.
On its release, American Football was met with positive reviews from music critics. At Metacritic, which assigns a normalized rating out of 100 to reviews from critics, the album received an average score of 77, based on 15 reviews, indicating "generally favorable reviews".