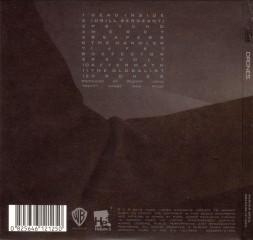 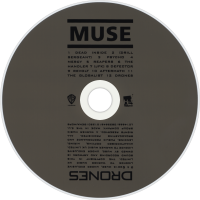 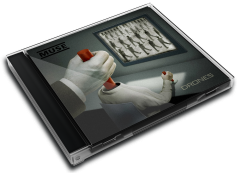 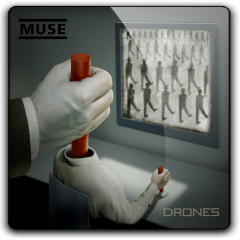 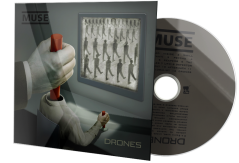 Drones is the seventh studio album by English alternative rock band Muse. It was released in Europe on 5 June 2015 and will be released on 8 June in the United Kingdom under Warner Bros. Records and Helium-3. Drones is a concept album following the protagonist's journey from abandonment to indoctrination as a "human drone" and eventual defection.

The album was recorded between October 2014 and April 2015 at The Warehouse Studio in Vancouver, British Columbia, and co-produced by the band and Robert John "Mutt" Lange. The album art was designed by American artist Matt Mahurin.

On their previous albums The Resistance (2009) and The 2nd Law (2012), Muse experimented with orchestral and electronic music. In December 2013, Muse released a live album and video, Live at Rome Olympic Stadium; songwriter Matthew Bellamy said the band wanted the live album "to capture some of the extremes of what we've been doing since we want to go in a different direction in the future."

Muse began writing their seventh album soon after the Rome concert. Bellamy stated that the album "should be something that really does strip away the additional things that we've experimented with on the last two albums... I kind of feel like it will be nice to reconnect and remind ourselves of just the basics of who we are."

In October 2014, Muse entered The Warehouse Studio in Vancouver. After their last two albums were both self-produced, Muse decided to work with producer Robert John "Mutt" Lange on Drones. The first recording session ended on 19 October, with the band calling it "emotional". Muse re-entered the studio in November 2014. On 1 April 2015, drummer Dominic Howard and mixer Rich Costey indicated on their Instagram accounts that they had finished mixing the album.