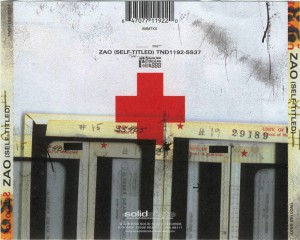 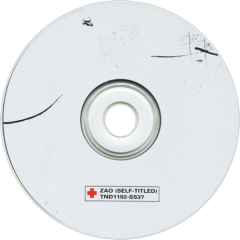 (Self-Titled) is the fifth full-length album by metalcore band Zao, released on February 21, 2001 by Solid State/Tooth & Nail/EMI. This album saw the departure of guitarist Russ Cogdell. The entire album was written in the recording studio by Scott and Jesse. Dan would be sent the tracks to write lyrics and then recorded them. The band famously broke up on stage (in Pennsylvania, Sept 2001) touring this album.