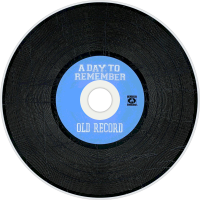 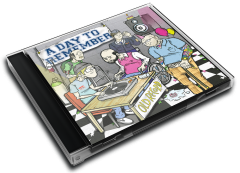 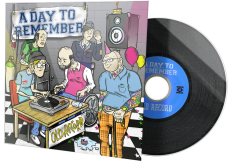 And Their Name Was Treason is the debut studio album by A Day to Remember, released on May 10, 2005. Releasing an EP prior to the album; it is the band's only album on Indianola, as the success of it led to their signing to Victory. Several songs on the album date from the band members' teenage years. Recorded in a friend's bedroom, the album contains audio excerpts from several films. The album has since sold over 10,000 copies. A remastered version of the album, titled Old Record, was released in 2008 through Victory. This re-release charted at number 16 on the Heatseekers Album Chart in the U.S. McKinnon said the album was the most fun to work on.

Album Review
They advertise A Day To Remember as a band who if you like pop and need mosh that you’ll thoroughly enjoy them. This is true as A Day To Remember blends pop-punk melodies with the chants and breakdowns that would be exhibited in hardcore. As I stated in my review of “For Those Who Have Heart” this will either be a dream come true or a horrible nightmare. Call it mainstream but I’d also call it catchy. A Day To Remember titled this record as “Old Record” which is exactly what the title implies. Victory Records re-released the same exact carbon copy of “And Their Name Was Treason” which was the bands unknown debut with… Indianola Record.. (to make the point that if I didn’t look that up, I would of never known). This record was originally released in 2005 while “For Those Who Have Heart” was originally released in 2007. Major record labels do the music industry a weird act of recycling. If a band comes up with a hit CD it feels like a trend to re-release it for an increase in sales while adding really only 2-5 live/demo songs. No one I know (really) is fond of Victory Records and their “business practices” but I feel like they made the right decision about this album. What it does is open up a quality band in the scene today and letting it be heard where their roots lie. Where their roots lie is the concept of this album to me. As “For Those Who Have Heart” is a more polished conservative attempt by a band that just made it to a major label, “Old Record” shows off sounds that would come out of a demo that was possibly opened by other major labels. Truth be told how does it hold in its own"

Old Record
The intro opens up haunting with a piano and whispering which gives of an eerie feel which feels awkward. Good thing it only lasts 35 seconds and transitions into the first real song “Heart Less”. “Heart Less” has a cult following behind it being that it might be one of the band’s heaviest tracks ever. It comes in pummeling your ears with crunching and deep guttural growls/screams. For people who liked the poppy side of A Day To Remember their genitals might shrink during the verses of this song until it hits chorus. Chorus is the usual format for the band where it’s melodic and poppy. It’s just as catchy as ever, and you’ll find yourself singing along whether you like it or not. The relentless crunch in the verses is a fresh breathe of air and it’ll be easy to find why so many people enjoy the song. “A 2nd glance” starts off as a regular pop-punk song with a grungy guitar going through chord progressions. It’s weird to hear the same vocalist doing monstrous screams being able to hold his own in melodic pop-punk. The song is extremely poppy and even feels whiney as hell by the 1 ½ minute mark but it gives off this feeling for me. The way the song is constructed with well thought out verses and catchy choruses reminds me of my 9th grade year when I loved this type of “sound”. I know I’ve evolved and changed my tastes since then but being able to have that feeling back really enlightened me to the song and I know it will do that to many of the listeners.

“Nineteen Fifty Eight” starts off with a clip from the end of Boondock Saints but it feels kind of weird that it’s in there. It really doesn’t build it up to a climax and instead after the gunshots fire away, the music then again builds up the listener. The climax the 2nd time around is worth it though with the growl. The song is fast and furious until it hits chorus which it comes to a sudden halt and starts chugging away with chants. It’s a fun song in its own and the melodies and chugging blend beautifully. It gives the listener exactly what was advertised with so much catchiness without feeling watered down. Some of the screaming sounds so raw and you can taste the low budget in your ears. Two steppers will rejoice on the outro of the song. “if Looks Could Kill…” continues the band right on track. It’s almost like the beginning of the song combined the two previous ones (“A 2nd glace and Nineteen Fifty Eight”). By this I mean the harsh screaming of “Nineteen Fifty Eight” and the whiney melodies of “A 2nd glance”. Also please note that when I say whiney it really isn’t whiney to me but I know a ton of elitists who would hate the singing in this band but love the hardcore unified chanting and tempo’s that most people love. I thoroughly enjoy the melodic vocals by this band as they keep me thinking about myself listening to bands like Senses Fail and Saves The Day back in 9th grade.

“U Had Me @ Hello” could be the best song of the album for me. It’s an acoustic ballad that really displays a sense of sincerity by the band which I couldn’t even believe it was coming from these guys. This band by listening- is about fun and dancing. Most of the music feels directed at teenagers and I have no problem with that. This song is beautifully thought out. The acoustic tone is clear and bright and the vocals feel spot on without being too whiney. When I first knew this song I knew I had to do a cover of it. I’ll let the lyrics do the speaking for me and give you my favorite part:

You had me at hello.

I've never seen a smile that can light the room like yours
It's simply radiant, I feel more with everyday that goes by
I watch the clock to make my timing just right

Okay so maybe those seem like cliché lyrics but I honestly got chills after listening to this song- check it out. “Casablanca Sucked” gets the band moving back up to pace with a drum and piano build up. The song is pop-punk but the layered vocals give off such a great feeling for me. The chorus is as usual- catchy. The 2nd verse is where this song kicks down the doors and does a variation of the first verse with screaming. By the interlude of the song there will be a thunderous breakdown and dancing. If you caught my gist while reading this review, this band is incredible live.

“U Should of Killed Me When U Had the Chance” is my favorite fast song on the album. In my opinion it’s the catchiest out of them all and really hope they do a final version of it. Once again the vocal layering is outstanding for the hooks. The song does its best in changing up the tempos and moods. The chorus kind of reminds me of old Fall Out Boy which scores points with me. Overall the song exhibits the most emotion besides of the sad acoustic ballad. The talking part midway is also an excellent shake up and builds up to the climax perfectly. “Your Way with Words Is Through Silence!” is a song that you’ll get a taste of repetitiveness but as soon as the 1st chorus opens up you’ll be hooked. There is enough here to call it not totally repetitive but just another sing-a-long song. Within one listen you’ll know the words and choose to scream or sing (whichever you prefer ;)). “Sound the Alarm” is an intriguing short song that starts off with chugging and a clean guitar lick and unleashes itself into a massive breakdown. It’s the shortest song on the album and feels more like an introduction (or outroduction) to an album more than anything. It doesn’t really leave you a lasting impression but it makes the album go full swing since it transitions into the “album opener”.

You Had Me At Hello
I bought this CD at my local best buy for $6.99. That is a bargain for any CD that has at least 10 songs on it. This song technically has 9 but I really can’t find faults in any of them. Sure there are minor things like the immature overtones presented in most songs but who hasn’t had their heart broken or liked a girl who you wanted them to like you back. The point is unless you’re asexual then you’ll be able to relate to the sincere lyrics presented in this album. They are a hardcore band with pop-punk influences so you’ll be damned if you couldn’t find some great one liners. The album artwork is playful to the fact that they named it “Old Record”. The CD itself is printed up like an old looking record with scratches. The cover is the band members old in a nursing home. The music itself isn’t ground breaking but still creates a mold. You aren’t going to find technical guitar solos and jazzy bass lines but if you came into listening to this CD thinking you would- then I’d sort you out with some medication. Overall it’s a quality and intriguing demo by a band that took more risks in this album then on their major label debut. Best of all they aren’t ripping you off to hear so...

Cons:
- Some raw recordings
- Repetitive on it’s own