Track List
01) Astronaut: A Short History of Nearly Nothing
02) Runs in the Family

11) The Point of It All
12) Another Year: A Short History of Almost Some 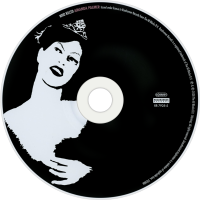 Who Killed Amanda Palmer is the first solo album by American musical artist Amanda Palmer.
The album was largely recorded in Nashville, Tennessee, with collaborator Ben Folds and was released on Roadrunner Records (also home to The Dresden Dolls). The name of the album is a reference to the series Twin Peaks, which revolves around events surrounding the death of Laura Palmer.