Hale & Pace and the Stonkers 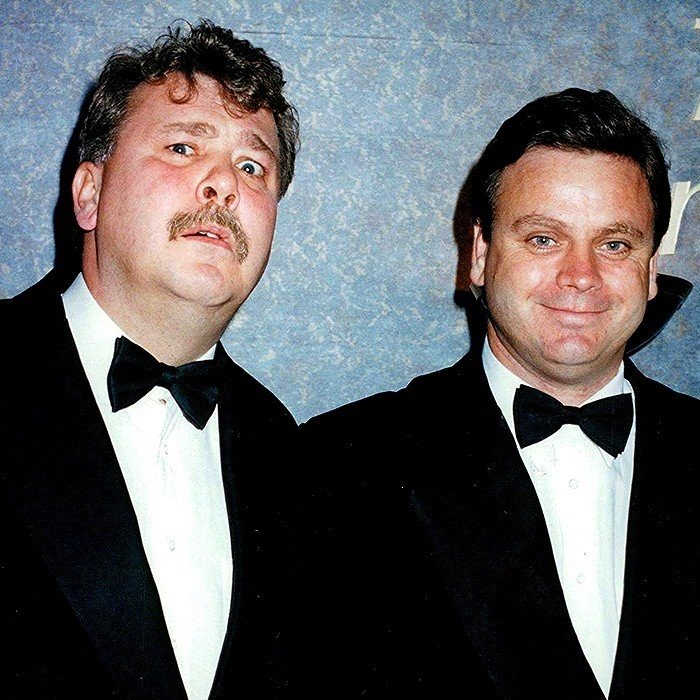 Hale and Pace were an English comedy double-act that performed in clubs and on radio and television in the United Kingdom in the 1980s-1990s. The duo was made up of Gareth Hale and Norman Pace, with the Hale and Pace television show running for ten years and 66 episodes, between 1988 and 1998.
In 1991 Hale & Pace released a charity single in aid of Comic Relief. "The Stonk", based on a fictitious dance craze, was co-written by Hale and Pace along with Joe Griffiths. The single was produced by Queen guitarist Brian May, who was also featured on the track. Other musicians performing on the single, besides Brian May playing keyboards and guitar, were David Gilmour and Tony Iommi on guitar, with Neil Murray on bass guitar. Cozy Powell, Roger Taylor and Rowan Atkinson – appearing as his character Mr. Bean – performed on drums. Joe Griffiths and Mike Moran contributed on keyboard. A UK number-one single for one week in March 1991, it is their sole chart single but raised £100,000 for Comic Relief. The B-side was entitled "The Smile Song", which was written and performed by the comedian Victoria Wood.