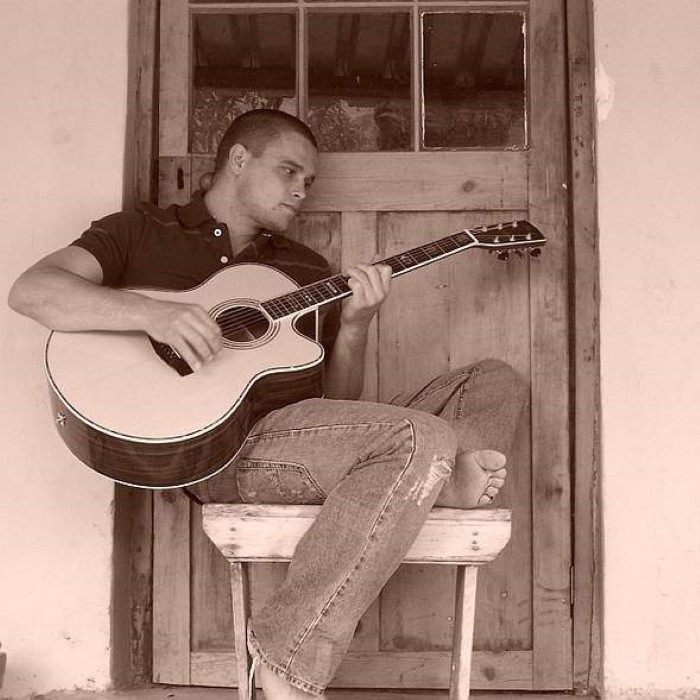 Singer, songwriter, guitarist, Jac Blanc was born on a farm in the Garden Route on 1 June 1979. At six, the family moved to a nearby small coastal town. Besides sports, surfing and adventure, music has always been his passion.

After matriculating he spent 2 years in London where his increased exposure to the music scene captured him and he dreamt of a life as a musician.

During 2001 he formed the band ‘Scattered Youth' performing at concerts and venues in the Garden Route region. The following year, they performed at the Oudshoorn KKNK festival. A highlight was their performance at the Rock Art Café which was aired on Garaas (SABC 2) 4th birthday episode.

Whilst the band split, it was around this time that his mass of untapped, natural talent was discovered and he began developing towards a career as a recording artist and performer.

In 2004, Jac enrolled at Cape Audio College in Cape Town completing a 12 month sound engineering diploma. He returned to George in 2005 where he worked on production projects for Musicology and in 2006, recorded his debut album with Darryl DeLange.

During these times Jac was also tour guiding with Zulu over-landing adventures where many of his songs where written. The inspiration he acquired on these travels is evident in his lyrics.

Jac's music is original, predominately main stream, pop rock with catchy melody's from ballads to up-tempo. High impact, stimulating, emotive and inspirational songs with poetic and thought provoking lyrics on life, loss, love and the places we find ourselves.