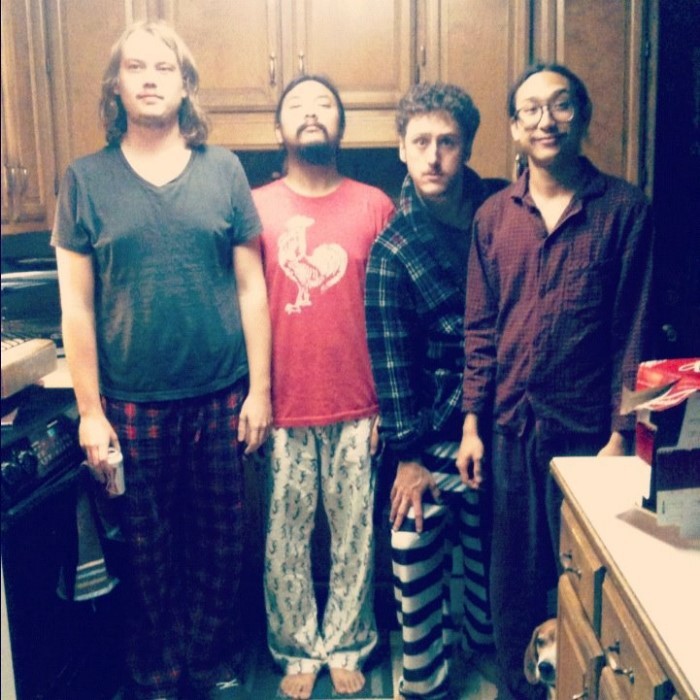 The early birthing pains of O’ Brother saw Michael Martens, Johnny Dang, and his brother Anton Dang joined in making quiet climbs from graceful notes , a struck pose to an older guitar focused indie-rock. But as is the duty of all freshman bands members fade off and new friends, like Tanner Merritt and Aaron Wamack, joined establishing a new vision, and accidentally stumbling into the dark 2009 debut EP The Death of Day.

“The music we like to put together is dark, but so is the subject matter, so the medium has to be as well,” O’ Brother’s lead singer/guitarist Tanner Merritt spells out the capturing of the Georgia band’s first five written songs.

To break the cimmerian shade of an album based around sleep and its emboss to the natural world a dynamic had to be created, a wall of density given breathe and firm grip around melodies unable to wander. The expected sprawl of soft, then loud, then back to soft was sacrificed projecting a new luminance where the strength was in the tiny twisting light that exhales from the EP as a whole.

The band sought to keep their on stage essence by laying the album down live, forgoing the studio temptation to fill each space. Recorded by Brad Fisher with assistance from Manchester Orchestra’s Andy Hull the best takes were chosen for keys and effects to be added in later creating the soundscapes tucked beneath each song.

Since the 2009 release the band has shared stages with Thrice, Circa Survive, Manchester Orchestra, Biffy Clyro. Ready to record again the band is in a new dawn; where the sun is rising and a new eclectic output is being embraced.

“I think we are enjoying the writing of our full length more than we did with the EP,” Martens explains the bands next step. “It is more of a shared experience with this one because everyone is writing. The music is coming out better than ever and we are really happy to be coming into our sound.”