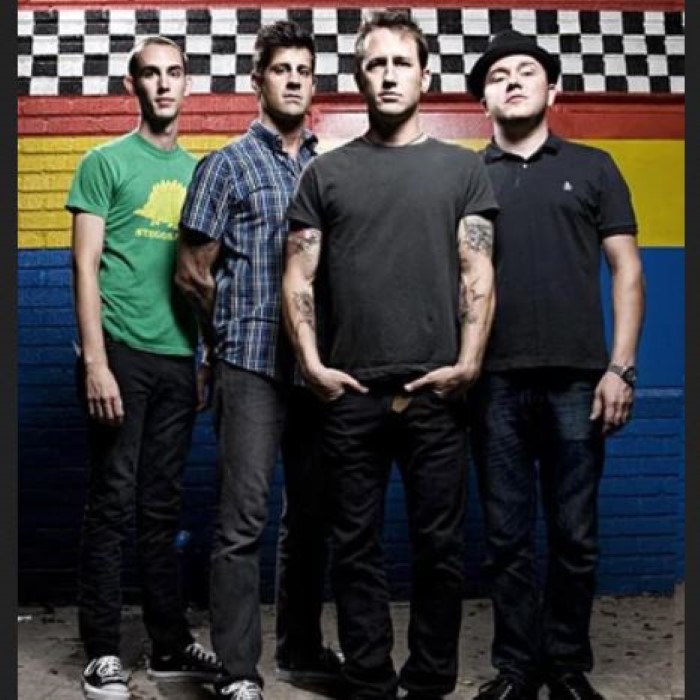 Jackson United marks Chris Shiflett’s debut as a lead singer/frontman. With Chris’ brother Scott (Face to Face/ Viva Death) on bass and long time buddy Pete Parada (Face to Face/Saves The Day) on drums, Jackson United releaseded their self titled EP and set out in power trio mode on the 2003 Warped tour followed up by a quick trip to London to play the Reading Festival.

In between Foo’s tours, winning a Grammy, other band commitments and babies being born, Jackson United enlisted the help of producer Chad Blinman (Face to Face, Viva Death, Get Up Kids) and recorded 21 “a little bit rock, a little bit punk” tracks from the thousands Chris had written that he couldn’t convince anyone else to sing. Fourteen of those are on “Western Ballads”.

Confessing a love for “way down in kokomo” era Beach Boys ahead of the often cited and trendier “Pet Sounds”, Shiflett says “… it’s guitar pop. Not as heavy as Foo Fighters stuff. And there’s some stuff that’s pretty mellow and vibey”. We prefer to think of it as flawless.

Six months later the release of “Western Ballads” marked not only a new name, but new band mates too! Cary Lascala (also of Vue) took over the drumsticks and Doug Sangalang (ex Screw 32/Limp) became the new guitarist. Both of them had toured a bunch with Chris’ old band No Use For A Name). Also Omen Starr was added to the line-up, replacing Scott on bass.