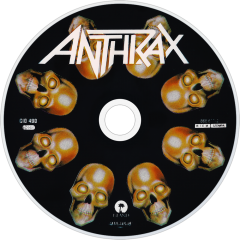 "Bring the Noise" is a song by the American hip hop group Public Enemy. It was included on the soundtrack of the 1987 film Less Than Zero; the song was also released as a single that year. It later became the first song on the group's 1988 album It Takes a Nation of Millions to Hold Us Back. The single reached No. 56 on the Billboard Hot R&B/Hip-Hop Songs chart.

In 1991, Public Enemy recorded a new version of "Bring the Noise" in collaboration with the thrash metal band Anthrax. Chuck D has stated that upon the initial request of Anthrax, he "didn't take them wholehearted seriously", but after the collaboration was done, "it made too much sense." It was included on the Anthrax compilation Attack of the Killer B's and as the final track on Public Enemy's own Apocalypse 91... The Enemy Strikes Black album, and was followed by a joint-tour featuring the two groups, with shows ending with both groups on stage performing the song together. Chuck D went on to say that shows on the tour were "some of the hardest" they ever experienced, but when the two bands joined on stage for "Bring the Noise", "it was shrapnel". Anthrax first played "Bring the Noise" live in 1989, two years before the Public Enemy collaboration, and it has been a live staple ever since.