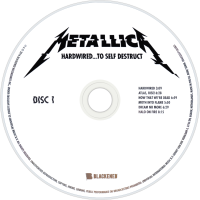 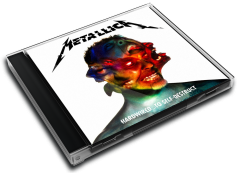 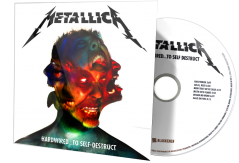 Hardwired... to Self-Destruct is the tenth studio album by American heavy metal band Metallica, released as a double album on November 18, 2016 by their vanity label Blackened Recordings. It is their first studio album in eight years following Death Magnetic (2008), marking the longest gap between two studio albums in the band's career. It is also their first studio album not to feature songwriting credits from lead guitarist Kirk Hammett since he joined the band in 1983, and their first studio album released through Blackened. Hardwired... to Self-Destruct was produced by Greg Fidelman, who engineered and mixed Death Magnetic. The album was Metallica's sixth consecutive studio album to debut at number one on the US Billboard 200, selling 291,000 album-equivalent units in its first week, and topping the charts in 57 countries. The album has sold over two million copies worldwide, and critical reception of the album was mostly positive.