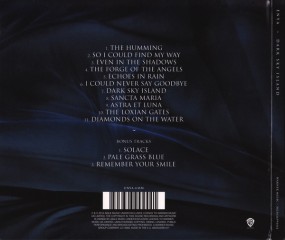 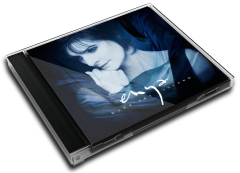 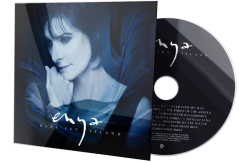 "Dark Sky Island" is the eighth studio album Enya, released on 20 November 2015 by Warner Music internationally and by Reprise Records in the USA. Following the release of her 2008 album "And Winter Came...", Enya took an extended break from writing and recording music until she started work on a new album in 2012 with her long time recording partners, arranger and producer Nicky Ryan and his wife, lyricist Roma Ryan. The album was inspired by the island of Sark and its recent designation as a dark-sky preserve, and a collection of Roma's poems on islands.

"Dark Sky Island" received mostly positive reviews from critics and was a commercial success upon release. It peaked at number four in the UK – making it Enya's highest charting album in the country since "Shepherd Moons" in 1991 – and number eight on the Billboard 200 in the USA. Elsewhere, it reached the top-five in nine other countries. A vinyl edition was released on 18 December 2015, the first vinyl release from Enya since the 1992 reissue of her 1987 album, Enya. A Deluxe edition features three extra tracks. Enya promoted the album with a world tour that included several interviews and television performances of some of the album's songs, including a performance on 2016 ECHO Award. "Dark Sky Island" was nominated for Best New Age Album at the 59th Annual Grammy Awards.

Following the release of "And Winter Came..." (2008), Enya released "The Very Best of Enya", her second greatest hits album of her career, in 2009. She then took an extended break from writing and recording new music, and spent her time travelling and bought a new home on the southern coast of France. A period of time away from music was necessary as Aigle Studio, her usual recording studio located in the home of her long time recording partners, arranger and producer Nicky Ryan and his wife, lyricist Roma Ryan, in Killiney, County Dublin, was renovated in 2011, which delayed plans to resume work on a new studio album.

In 2012, after work in the studio was complete, Enya made a start to develop new material for Dark Sky Island, the eighth of her career. Its title was inspired after the recent designation of Sark as the first island to be designated a dark-sky preserve, and a series of poetry books on islands from Roma. "Dark Sky Island" was the first song to be written for the album. Enya described the album as having a "theme of journeys" but is not a concept album like the winter-themed And Winter Came... was. She spoke of the album: "journeys to the island; through a length of a lifetime; throughout history; throughout emotions; and through journeys across great oceans".