13) The Night is Still Young 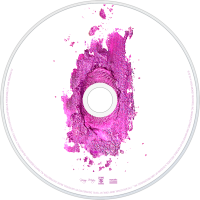 The Pinkprint is the third studio album by American rapper Nicki Minaj, scheduled for release on December 15, 2014, by Young Money, Cash Money and Republic Records. Looking to depart from the dance-pop elements from her previous studio album Pink Friday: Roman Reloaded (2012), Minaj wanted to make a follow-up record influenced by her traditional hip hop beginnings. She collaborated with a variety of producers to achieve her desired sound.

The album has been supported by the singles "Pills n Potions", "Anaconda", "Only" and "Bed of Lies". "Anaconda" peaked at number 2 on the US Billboard Hot 100, and has become Minaj's highest-charting single to date in the United States.
Minaj released her second studio album Pink Friday: Roman Reloaded in April 2012, and released a reissued version subtitled The Re-Up in November 2012. The Re-Up was well received by critics who noted it as a return to Minaj's Hip-Hop roots as opposed to Pink Friday: Roman Reloaded which featured more pop and dance genres. In 2013, Minaj served as a main judge during the twelfth season of American Idol, and entered the retail industry with the launch of her fragrances Pink Friday and Minajesty, and the introduction of her Kmart-exclusive clothing line. During this time Minaj filmed her acting debut in The Other Woman which premiered in April 2014.
In early 2013, Minaj stated that she would begin writing material for the album later that year, after production was completed for her first feature film The Other Woman (2014). In November 2013, Minaj described the project as "next level" and "very different from anything I've done". She also made it clear that she just experimented with pop music but never had the intention to continue with the genre. She also stated that she was still "hungry" and just because she's had a successful career that wouldn't stop her from giving the fans what they wanted. During the recording process, Minaj stated that she recorded two songs that were inspired by Irish celtic singer-songwriter Enya, saying that the songs contain "airiness and the whimsicalness" that reminded her of the singer.

In 2014 singer-songwriter Skylar Grey wrote and recorded a demo version of a song entitled "Bed of Lies", the song was later sent to Minaj who wrote and recorded verses of her own to the song. During the album's production, Minaj worked with a variety of producers including Dr. Luke, Ester Dean, Boi-1da and Detail. In August, Minaj's manager Gee Roberson contacted her to inform her that Beyoncé wanted a remix of "Flawless" on which she would be featured. Minaj began writing the verse in New York and Beyoncé visited her in the studio, encouraging her. Following Minaj's guest appearance on the song she asked Beyoncé to feature on "The Pinkprint" in which she agreed. In November 2014, Minaj revealed she has recorded twenty-five songs for the album, stating she would find a song that "sits" with her and then mould that track for a while until she was satisfied, she continued to say her biggest problem during the recording process was cutting songs from the final track listing as each track was "special" to her.