It's All About the Stragglers 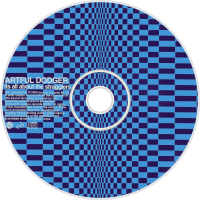 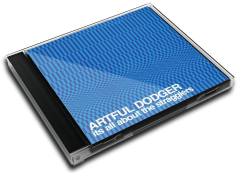 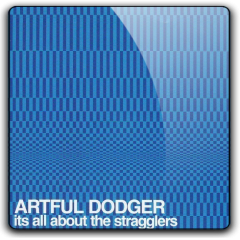 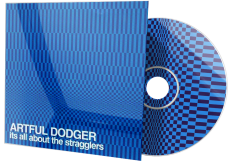 It's All About the Stragglers is the only album to be released by Artful Dodger. It was released on November 20, 2000. The album contains 9 different vocalists such as Craig David and former All Saints band member Melanie Blatt.

Album Review
Does the Artful Dodger really deserve to recycle years-old tracks on their first "official" studio album? Mark Hill, along with a large cast of vocalists and co-producers, already released two own-productions-heavy mix albums (Rewind, Re-Rewind) when the 2-step/garage boom was trying to make a transatlantic move to American shores. Their proper debut, It's All About the Stragglers finally appeared in 2000 (complete with ironic title), and includes versions of every Artful Dodger hit to date, and those in versions usually inferior to the originals. The only difference in the new version of the originally excellent "Movin' Too Fast" is the removal of a precious few beats-per-minute, a tactic that doesn't work at all. Also appearing are no less than four radio edits ("Re-Rewind," "It Ain't Enough," "Please Don't Turn Me On," and "Twentyfourseven"), none of which improve on the originals. For those curious about the heavy-hitters of the British garage scene, a good alternative is the excellent label compilation The Best of Locked On.