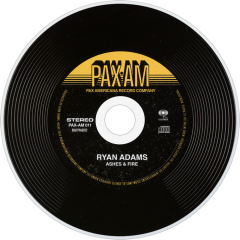 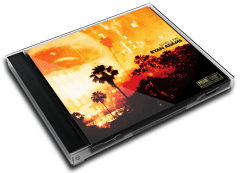 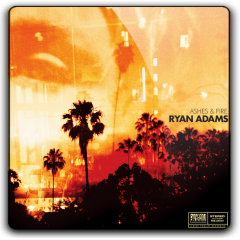 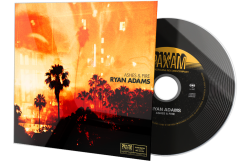 Returning refreshed after a three-year hiatus -- 2010’s III/IV dating back to 2006 sessions -- Ryan Adams dives headfirst into early-‘70s Dylan with Ashes & Fire, his first record since disbanding the Cardinals. Adams developed an easy, graceful chemistry with the Cardinals, a connection as apparent on loping homages to the Grateful Dead as it was on approximations of honky tonk, a connection absent yet still felt on Ashes & Fire, which retains a similar relaxed gait as the Cardinals at their softest. Unlike all his albums with the Cardinals, this isn’t a record where the musicianship is placed at the forefront, this is a singer/songwriter record, the music -- including exquisite coloring from Heartbreaker keyboardist Benmont Tench -- serving as a warm bed for Adams’ rambling words. Tempos are never quick -- at best, “Chains of Love” skips along amiably -- and the melodies remain fuzzily in focus, so Ashes & Fire winds up as ever-shifting mood music, sustaining an appealingly lazy haze residing somewhere south of melancholy. Adams may have his sad moments, he may look outside his window and see signs of doom, but he’s not torturing himself, he’s finding comfort in being blue because most of the time, he’s relaxed within his skin.