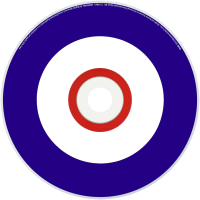 Live on Ten Legs is a live album by American alternative rock band Pearl Jam released on January 17, 2011. The album is composed of songs recorded during the band's 2003–2010 world tours, and is a companion piece to their 1998 live album, Live on Two Legs. All songs on the album have been remixed by long time Pearl Jam engineer, Brett Eliason.
The album packaging is similar to the previous official live compilation. Photos of the band in concert are featured on the inside of the cover. A gatefold opens to reveal photos of the road crew and full colour reproductions of various concert posters from the band's tours of this era.

User Album Review
Given that alternative rock giants Pearl Jam have released hundreds of concert recordings in their official bootleg series, this live compilation seems a fairly unimaginative way to celebrate the band’s 20th anniversary. Hardcore fans can, of course, simply ignore it, but they’re exactly the people who might’ve hoped for something more. As an introduction to Pearl Jam’s on-stage prowess, however, this is a tidy effort.
The spiritual successor, and something of a companion piece, to 1998’s Live on Two Legs, Live on Ten Legs was recorded around the globe between 2003 and 2010, offering 18 freshly remixed and re-mastered tracks spanning the band’s entire career. Eschewing the greatest hits package formula, the emphasis and omission in the song selection tells its own story: five Ten-era tunes, four from their most recent outing Backspacer, nothing from the unpopular No Code and a track or two from the rest. All of which indicates that even if they tacitly – perhaps subconsciously – now acknowledge that their 1991 debut Ten remains their best album, this is a band moving forward in the firm belief that their greatest work may still lie ahead of them.
Kicking off with a rousing cover of Joe Strummer & The Mescaleros’ Arms Aloft, Live on Ten Legs achieves an odd coherence given its cut-and-paste nature. It’s easy to forget the fact that some of these recordings are separated by seven years, and by the time Jeremy rolls around three quarters of the way through, the atmosphere of a single, emotionally-charged event has just about been established. The crowds are uniformly huge – no intimate one-on-one exchanges here – and although the most rapturous responses are reserved for Ten’s heartfelt vignettes, the band injects every performance with a unique fervour. This is unlikely ever to be regarded as a great live album, but it’s about as slick a stitched-together affair as you’ll hear.
Pearl Jam took a lot of flak in the early days. Despite their enormous success – some would say because of it – sections of the media lambasted their lack of grunge credentials. Seattle scene contemporaries such as Nirvana, Mudhoney and Alice in Chains certainly exuded an air of danger, which Pearl Jam just didn’t share. But that’s probably why they survived where so many others did not, and in Live on Ten Legs we have another quiet celebration of what this band has always been about: music.