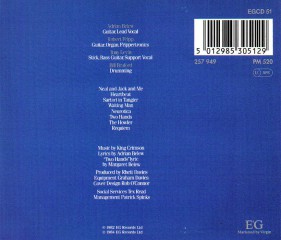 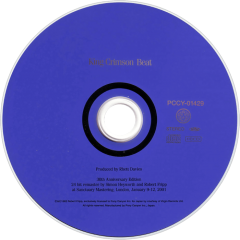 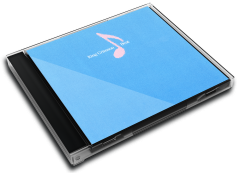 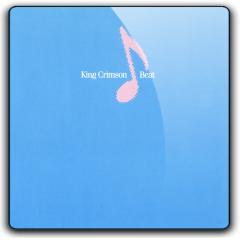 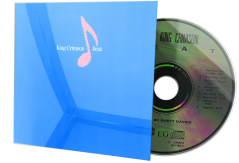 Beat is the ninth studio album by the British rock band King Crimson, released in 1982.

According to the Trouser Press Record Guide, the album focused on the twenty-fifth anniversary of the publication of the novel On the Road by Jack Kerouac. The album makes several references to the writings of the Beat Generation:
"Neal and Jack and Me" is the track most obviously inspired by Beat writers. The 'Jack' of the title is Beat writer Jack Kerouac, and the 'Neal' of the title is Kerouac's friend Neal Cassady. The song was released as a b-side to "Heartbeat". The song picks up where the album Discipline left off, with interlocking guitars playing in 5/4. Guitars frequently play in polyrhythms with 5/4 over 7/8. Other time signatures in the song are 13/8 and 21/8.
"Heartbeat" is also the name of the book written by Carolyn Cassady, Neal's wife, about her experiences with the Beats.
"Sartori in Tangier" also derives its title from Beat influences including the Jack Kerouac novel Satori in Paris, and the city of Tangier in Morocco, where a number of Beat writers resided and which they often used as a setting for their writing. Writer Paul Bowles was associated with the Beats, and his novel The Sheltering Sky, which provided the title for a track on King Crimson's previous studio album, Discipline, is partly set in Tangier. The song was first released as a b-side to the Heartbeat 12" single in 1982. It is entirely instrumental with the intro performed by Tony Levin on the Chapman Stick.
"Neurotica" shares its title with Neurotica, a Beat-era magazine.
"The Howler" refers to the Beat poem Howl by Allen Ginsberg, which Fripp suggested to Belew as inspiration for the lyrics.