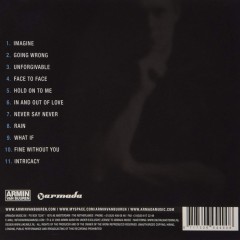 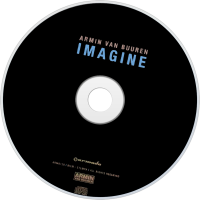 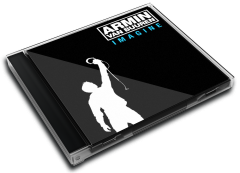 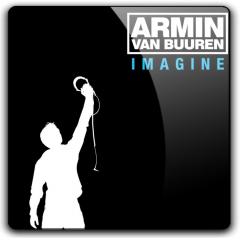 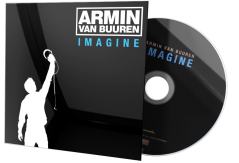 Imagine is the third studio album by Dutch trance producer and DJ Armin van Buuren.
The first single "Going Wrong" was debuted on Armin van Buuren's A State Of Trance radio show. The single sees the collaboration of Armin van Buuren with DJ Shah and Chris Jones. On iTunes, "If You Should Go" was offered as a bonus track along with the Inpetto vs. Duderstadt version which was only up for pre-order. It debuted at #4 on the US Billboard's Top Electronic Albums Chart. "In and Out of Love", which featured Sharon den Adel from band Within Temptation, became the second single from Imagine. The album also spawned three more singles, "Unforgivable" featuring Jaren, "Fine Without You", a collaboration with singer Jennifer Rene, and a fifth single "Never Say Never" featuring Jacqueline Govaert.

User Album Review
Following on from the success of his sophomore set Shivers, DJ/remixer/producer Armin Van Buuren returned with 2008's Imagine. More musically adventurous than its predecessor, the Dutch club hero continues to push the boundaries of trance to their limits on the set-opening title track. "Imagine" begins in, of all places, pomp rock, then storms into the clubs on battering beats and pulsing bass, but even after it settles into its groove, the majestic melody and synthetic guitar licks keep the excitement level at fever pitch. "Going Wrong" is just as inspired, New Romantic and new wave-edged but doused in house, with vocalist Chris Jones adding to the classic status of this obvious crowd pleaser. "Hold on to Me"'s melody line initially soars like U2, but then the piece breaks towards synth-pop while Audrey Gallagher bounces overhead. It's a stirring mix of wave, pop, and trance. "In and Out of Love" beautifully blends an angular post-punk rhythm with a New Romantic atmosphere, the latter emphasized by Sharon den Adel's soaring vocals and creating a glimmering, entrancing piece. Ethereal vocals float over the coursing "Face to Face," a number as beholden to its New Romantic mood as it is to its pounding beats; eventually, though, the number slides into house and even pushes towards techno. "Unforgivable," too, has a house-y tinge and a wonderfully squelchy bassline, the percussion adding a dollop of industrial to the sound, with Jaren's warm, sultry vocals adding heat to the number's fire. "Never Say Never" adds elements of old-school house to the mix, as does "What If," which also boasts a quite intricately arranged rhythm. "Fine Without You" increases the tempo and the tension, while "Rain" storms straight into trance. The set closing "Intricacy" is a roller coaster ride, skirting around gabba territory before shooting down into house and back up into trance, the insistent four on the floor beats driving the number to its ecstatic conclusion. For all its stylistic careening, Van Buuren's careful sequencing gives Imagine a phenomenal flow, much like his live DJ sets. The album's energy, its constantly shifting tones, rhythms, and moods, its strong melodies and excellent vocals: all keep the thrill factor high throughout.

zag says: 3 years ago
Some great tracks on this album...