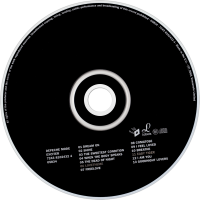 Exciter is Depeche Mode's tenth studio album, which was released on 14 May 2001 in the UK and May 15 in the US. It uses more digital music technology compared to their other albums. It was produced by Mark Bell of Björk and LFO fame. The album also launched the Exciter Tour, which was one of the band's most successful tours.
Exciter debuted at #9 in the UK Albums Chart and debuted at #8 in the Billboard 200 with sales of 115,000 copies in its first week of release. It is the only Depeche Mode album to debut higher in the US than in the UK. As of April 2006, Exciter has sold more than 426,000 units in the United States and was certified Gold by the RIAA. The album was also certified Gold in Canada (50,000 units) in 2001. The remastered album was released on "deluxe" vinyl 30 March 2007 in Germany and 1 October 2007 internationally.
The plant that appears on the cover of the album, is part of the genus called Agave.