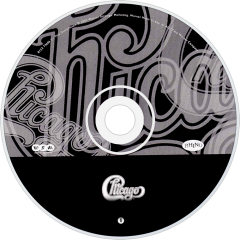 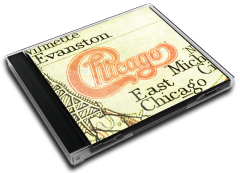 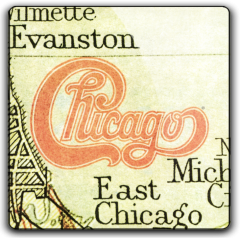 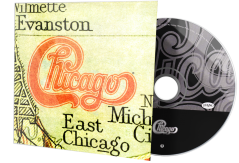 Chicago XI is notable for feeling like a collection of solo songs rather than the work of the ensemble whole Chicago had been earlier in the 1970s. Peter Cetera aimed to replicate the success of the Grammy-winning "If You Leave Me Now" with "Baby, What A Big Surprise", which proved to be the album's biggest hit, going to #4. This was his only writing contribution to the album and, quite atypically, the only song with him on lead vocals. Terry Kath revived his old live favorite "Mississippi Delta City Blues" for the album, while turning in a touching vocal on Danny Seraphine's "Little One". Seraphine also co-wrote "Take Me Back to Chicago", which charted at #63. (Kath's "Takin' It On Uptown"—which, besides some uncredited backup singers, possibly features only Kath himself—may have been intended as a solo album "preview" along the lines of Lamm's "Skinny Boy" on Chicago VII.) James Pankow sang lead on his own "Till The End Of Time", as did Lee Loughnane on his original, "This Time". The once-prolific Robert Lamm only managed two songs, the sympathetic "Policeman" and "Vote For Me".

While recording Chicago XI, longtime producer James William Guercio's smothering artistic control had reached its breaking point, with the band deciding to take their career into their own hands and strike out on their own after finishing the album with him. However, as big a change in their career as Guercio's dismissal would be for Chicago, it would be minor in comparison to the tragedy that awaited them.

On January 23, 1978, a few months after Chicago XI's release, Terry Kath, regarded by many as the soul of Chicago, accidentally and fatally shot himself during a party at a roadie Don Johnson's house. A gun enthusiast, Kath attempted to calm the guests' surprise when—while reportedly inebriated—he pulled out his gun to clean it by demonstrating that it was unloaded and promptly pointed the gun to his head and pulled the trigger, not realizing a bullet was in the chamber. The remaining members of Chicago were shocked and devastated by Kath's death, and even considered breaking up. After a few weeks of mourning, they decided to move on, thus beginning a new era in the band's history. They would recruit singer/guitarist Donnie Dacus for the follow-up, Hot Streets.

In 2002, Chicago XI was remastered and reissued by Rhino Records with rehearsal recordings of Pankow's "Wish I Could Fly" (backing track) and Lamm's "Paris" as bonus tracks.