A Storm to Come 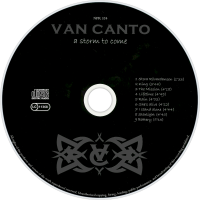 A Storm to Come is the debut album of German a cappella metal band van Canto, released in 2006. The album cover's artwork was provided by Mattias Noren.
The song "The Mission" was released as a single with a music video; the band, however, received more attention with their cover of the Metallica song "Battery."